Hey, welcome to this very special commemorative ‘Textcast’, a revolutionary new form of podcast where one’s eyes do the listening. To wrap up our 2014 retro-analysis, myself and Stephen (this is Jason) have thrown together our top five things from the year, and added in our top 10 movies too as some sort of bonus.

Perhaps to simulate the joys of listening to the podcast you should try reading it in our voices? Lets try:

Jason: So I, Jason, wrote this bit (and everything preceding it) so you should be hearing it in my voice. Is that working? Isn’t this fun. Now let’s try Stephen.

Stephen: Heyyyy! Stephen here, writing this part of the thing that you’re reading, so you should now be hearing my voice in your brain… I’m a big boob. And I smell like the plug hole in the shower room of a recently abandoned mental hospital.

HA, I tricked you! Stephen didn’t really write that bit, it was still Jason. Too easy. Anyways, he definitely wrote the next bit, so please turn his voice back on…

I have a special place in my geek heart for the man that is Dan Harmon. He is what my inner fanboy wanted Kevin Smith to be — Brash, honest and unashamed. While Community was back on track in 2014 and his Harmontown podcast continued being all kinds of great, it’s the hilariously weird Rick and Morty that ended up one of my favourite things in 2014. A wonderfully weird and witty show, its everything you expect from Harmon and more. Think (good) Family Guy crossed with Back to the Future with more than a few heaping teaspoons of originality.

I think it’s a given that I like podcasts, the new radio and all that jazz. Well as far as the medium is concerned, Serial takes the biscuit. Despite the dark subject matter, it’s our host and vessel, Sarah Koenig that keeps me glued week after week. Her uncertainty and drive appeals to me as we learn more and more about a case that we/she will probably never completely understand. The biggest surprise of the year for me, and you’ve probably already listened to it, but if you’re the few that hasn’t yet…what are you waiting for? 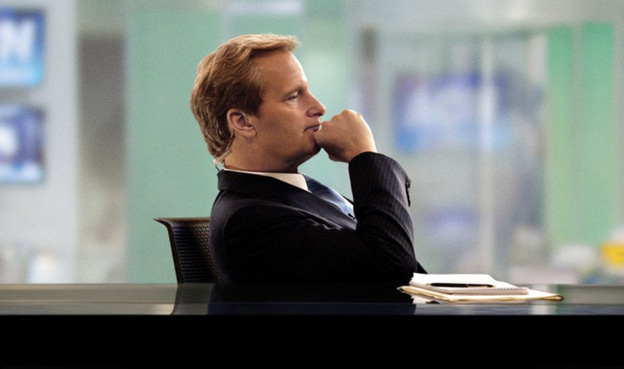 Aaron Sorkin people. The guy has a style and sticks to it. You have to admire and respect it because he has “Sorkinism” down to a fine art. 2014 saw the end of The Newsroom and I am both saddened and happy at the same time. So many shows live well past their sell by date so it’s nice to have something that quits leaving you wanting more. With the final season lasting only six episodes it was by far the most intense and rewarding season of the show’s brief history.

Yes, it comes across as preachy in a ‘hindsight is 20/20’ kinda way, but thats the show – DEAL WITH IT!!! Regardless, the characters are super strong with Jeff Daniels firing on all cylinders as Will McAvoy. Also try not to fall in love with a certain Sloan Sabbith played by the amazing Olivia Munn. 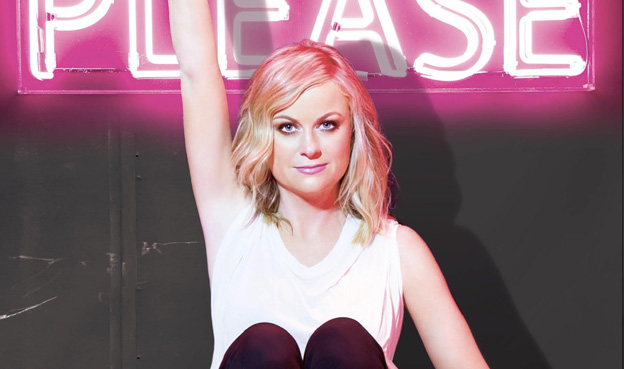 I read a few bits and bobs over the year, and the real stand out has to be Amy Poehler’s ‘Yes Please’. Ridiculously insightful and funny, Poehler might not have set out to write a book that’s inspirational, but she has. Every chapter has a hidden gem of advice — “If you don’t eat pussy, keep walking.” 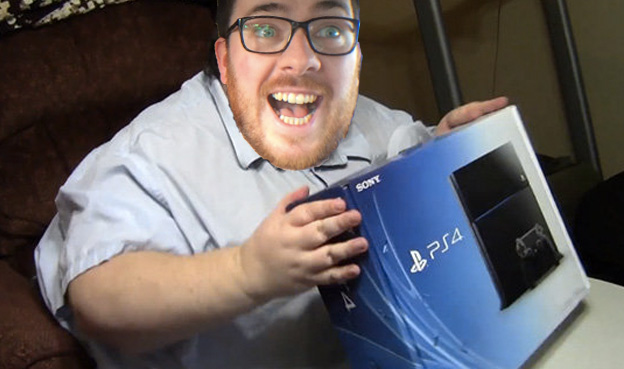 So I got a Playstation 4 at the start of December and can genuinely say it’s an awesome piece of tech and I love it. It didn’t come out in 2014 but I don’t care, it’s cool and screw you. I’m not a big gamer but I plan on changing that. I usually go on what Jason recommends and he confirmed that no real great games came out in 2014 as they all got delayed till 2015 so I guess I’ll have to wait but I really enjoyed 2013’s The Last of Us (remastered for PS4 in 2014) and highly recommend it! 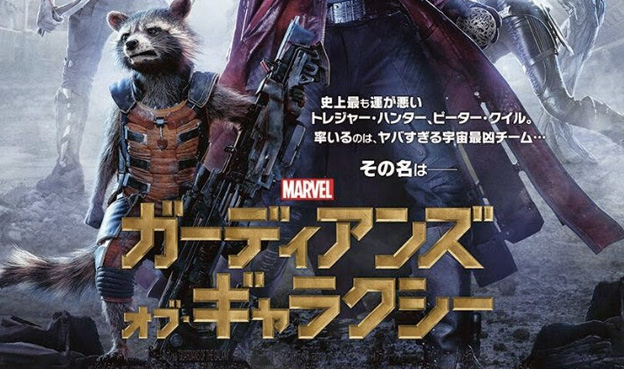 Guardians of the Galaxy

8am, Tokyo time. I wake up. My head is splitting. I vaguely recollect a wild night across a smörgåsbord of tiny Tokyo bars. I missed the last train. I’ve just spent the night in a 24hr internet cafe, located on one of 50 floors in one of a hundred buildings on one of the thousands of streets spiralling out of Shibuya crossing, the neon infected beating heart of Tokyo. Innumerable keyboards around me are going apeshit. I’ve got 10 mins before they kick me out — I feel like shit, I have no idea how I got here and oh god, my head. I just need to feel alive again. I google “Japanese for Panadol”. That’ll help. But I need more, I need to feel good, to feel warm and happy and human. I google “Tokyo, Guardians of the Galaxy screening, English”. All will be right with the world. 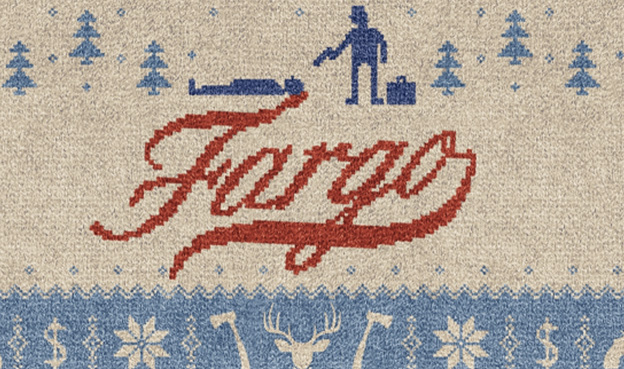 What’s that you say? You’re going to make a television series out of a most quirky and beloved neo-noir crime comedy, featuring none of the original cast or characters, just a vague emulation of the themes and setting? You sir are a fool.

Are you still here? I thought I told you to… hmmm, the best TV show of 2014 you say? As good as, perhaps even better than the original film? …Oh.

One of the fucking weirdest, most impressive, most confusing, most loud, most lovely, two hour chunks of my entire life. The video really doesn’t do it justice. 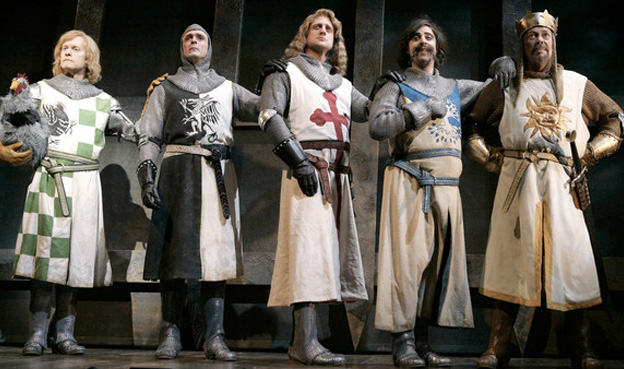 Avalon is a party game, for 4-10 players set in the world of Arthurian legend. It’s a game of teamwork, trust, logic but most of all, deception. Actual dialogue from a game of Avalon:

“That Motherfucker, I FUCKING KNOW he’s one of the fucking bad guys! AGH, just look at his smug face, this is unbelievable, EVERY FUCKING MISSION I’ve been on has PASSED! How could I be BAD? Stephen is a conniving shithead, HE’S turning you all against me, and I don’t care any more, it’s all gone to  fucking hell, I hope you all fail and you can KISS my ass when IT’S GAME OVER and ya’ll didn’t realise that massive cock rocket was a bad guy the whole shitting time. FUCK. THIS. NOISE.”

Stephen’s pretty much covered it in his thoughts above, I’ll just add this: Look, I don’t know if he’s innocent, or guilty or somewhere in between. But he just seems like a really sound lad, let’s just let him out.

via iTunes
via RSS